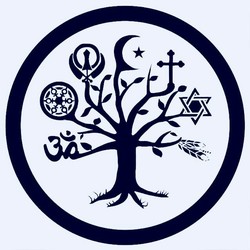 Executive Summary
The Institute of Peace and Development (INSPAD) is a non-governmental agency incorporated in Belgium, and registered in Pakistan. INSPAD currently holds “Special Observer Status” with the UN over the Palestinian Territories. Additional “Special Observer Status” is being requested for the following countries: Syria, Yemen, Kashmir, Libya, Ukraine, Burma, Somalia, Nigeria, Sudan and South Sudan.
The INSPAD “Harmony Council” (IHC) which is a sub-committee was developed to tackle the immediate need for “peace, harmony and inclusion” in Pakistan beyond its’ borders.
“It is the belief of the “Harmony Council” that people of all religions must be free to come together with an open heart and mind, to promote equality amongst everyone wishing to live peacefully regardless of their religion or personal choices.” i
Every citizen has the right to live without fear of extremism or violence from their neighbors and community. When leaders make the call, every citizen must be able to trust in the men and women designated to protect them locally or nationally.”

Vision Statement
Our vision is to inspire the global community to adopt our commitment to “peace, harmony and inclusion” for all members of society.
Mission Statement There is no greater honor than serving the most venerable and working together to lift all people from the grasp of poverty; provide them with a safe and harmonious interfaith community to live in.”
The above statements may be refined as the leadership and communications team of the “Harmony Council” meet.

IHC – How we work
It is the commitment of the Council to work collaboratively to understand the significant needs of a high percentage of the people of Pakistan and other countries. Our intention is to have a short and long-term impact, aligning with the “Millennium Development Goals” (MDGs) and “Sustainable Development Goals” (SDGs) ii established by the United Nations providing set goals with measurable outcomes.
To meet the aims of the “Harmony Council”, our members, partners, and their implementers will require unique approaches to difficult problems. Pakistanis face poverty, poor education, and health care challenges which have remained near the same levels for decades. A new approach is necessary now, and the “Harmony Council” has been created as a “call to action.”
Our goal is to work with the following type of organizations such as:

Objectives
The “Harmony Council” will work as an inter-disciplinary group to actively further our mission through outreach, community projects, research, published reports, and collaboration. Initially, the IHC will kick-off two projects:

2.   Secure one or more grants (through partners or direct) for the socialization pilot.

3.  Secure one or more grants (through partners or direct) for the socialization pilot.

Other:  Plan an Inaugural kick-off conference in Islamabad, Pakistan
The following protocol is set forth for Project Approval with no exceptions:
1  .All projects will go through a rigorous project approval process before release.

Problem Statement
We are at a crisis in the International Community. Extremism is at a heightened state, which has caused horrific disaster in countries throughout the Middle East, Asia, and Europe. Globally the gap between poverty and wealth is flagrant, health care delivery systems struggle to serve the most vulnerable, and education in many countries is subpar for most and a luxury for girls. Additionally, Transparency Internationally tracks most countries in the world with some level of corruption, and many with any unacceptable level of corruption which drives dissent among people.
In a time when terrorism has hit an all-time high, there has never been a greater need for the global community to come together as healers to promote “peace, harmony and inclusion” in the world. It is agreed that there will be no peace without dealing with the “sickness of corruption which is born at the national level and spread through the municipalities, and throughout the countryside.”
Terrorism, thuggery, and bad governance are close companions with corruption. While thuggery is a direct symptom of corruption, terrorism preys on the victims of corruption and thuggery “radicalizing” individuals or groups with a promise of a better life in exchange for following their “enlightened path.” The terrorist’s “enlightened path”
which often sounds learned and “from God” is built around a “distorted” version of religion. It has been made clear by many faiths globally including scholars from both Islam and Christianity, that terrorism “is not birthed from religion and the dogma they espouse is not religious.”
While members of many faiths have struggled through the centuries, misunderstandings and misrepresentations consistently repeated by extremists through social media, news media, and proselytization has charged religious groups to quarrel against each other. In many cases, these disputes have led to more severe outlets of frustration often leading to crimes of hatred between groups and between families. Religious strife is at an unprecedented high in Pakistan despite prevention efforts in place.

Pilot Country – Pakistan
Pakistan is the choice as a Pilot Country to implement outcomes of the policies and procedures that result from the projects that result in IHC projects whenever appropriate. Pakistan is a country that presents demographics and characteristics that meet the need for IHC’s testing and implementation program.
General
In the Republic of Pakistan, a nation that has faced many struggles for independence, the area dates back at least 5,000 years to the Indus Valley civilization which is one of the oldest in the world.iii This area has suffered invasions for centuries from Persians, Greeks, Scythians, Arabs (who brought Islam), Afghans, and Turks, the Mughal Empire; and the British during the 18th century. In 1947, Pakistan gained separation from British India and was involved in several wars since which has placed a strain on the people and economy.
Pakistan is among the Next Eleven (N-11), the eleven countries that along with BRICS have a high potential for becoming the world’s largest economies in the 21st century.iv Currently, Pakistan’s largest employer is the military which has the sixth largest military force in the world. Pakistan is the only Islamic country to maintain weaponized nuclear power.
Poverty
Pakistan faces both social and economic issues. According to the current government reported on April 8, 2016, 60 million Pakistanis are living below the poverty line, posing a challenge for the ruling party.”v Despite these reports, Finance Minister Ishaq Dar says that poverty rates are decreasing, and Pakistan is positioned to manage economic development without help from the International Monetary Fund. US Aid states a key challenge is “enhancing stabilization,” so people can live in peace and find alternatives to extremism and violence, in particular on the country’s border with Afghanistan.”vi
Education
In a UNESCO report, globally Pakistan has the world’s second-highest number of children out of school. In 2010, the number reached 5.1 million, equivalent to 1 in 12 of the world’s out-of-school children. Two-thirds of Pakistan’s out of school children are girls, amounting to over 3 million school-age girls out of school in 2010.vii Increasing access to girls in schools, while economic benefits spread throughout the country, will enable women to play an equal role in Pakistan’s society. Pakistan has more than sixty spoken languages within the country, which can contribute to the difficulty to deliver a consistent national educational program.
In a report by Aamir Latif (Press International, Pakistan), official statistics released by the Federal Education Ministry of Pakistan give a desperate picture of education for all, especially for girls. The overall literacy rate is 46 percent, while only 26 percent of girls is literate. Independent sources and educational experts, however, are skeptical. They place the overall literacy rate at 26 percent and the rate for girls and women at 12 percent, contending that the higher figures include people who can handle no more than their signature. There are 163,000 primary schools in Pakistan, of which merely 40,000 caters to girls. Of these, 15,000 are in Punjab Province, 13,000 in Sind, 8,000 in North-West Frontier Province (KPK) and 4,000 in Baluchistan.
Health Care
According to the World Health Organization, ‘Pakistan’s health profile is characterized by a dual burden of communicable and non-communicable diseases, high fertility, low life expectancy, a young age structure, high maternal and child mortality, high incidence of infectious and communicable diseases and wide prevalence of malnutrition among children and women.”ix  Women in Pakistan have limited access to health services which continue to set them up for reproductive health risks and pregnancy-related morbidity and mortality risks.  The maternal mortality ratio in Pakistan is 60 per 100,000 births, which is one of the highest is the region.
Over the past two decades, the one constant in Pakistan’s healthcare challenge is the widespread malnutrition with few positive movements. WHO reports, “Acute malnutrition levels have been consistently above the emergency threshold posing a serious public health problem, with stunting reaching 37% and severe wasting 13% (MICS 2008) due to several underlying causes vis-à-vis a rapidly growing population.”
Slow progress in improving the indicators related to maternal health, child health, and morbidity and mortality caused by communicable diseases are a major concern in the progress towards the Millennium Development Goals.
The cost of healthcare in Pakistan is catastrophically high and disproportionately affects the poor. While 60 million Pakistanis live population below the poverty line of $2 a day, 78% of people pay out-of-pocket for health expenditures.

Dr. Muhammad Tahir Tabassum, is the founder of the Harmony Council and is also the Founder and President of the Institute of Peace and Development (INDPAD) & Intellectuals for Peace and Development (Pvt). He holds a Master’s Degree in International Politics (Belgium).  He has been conferred the title of “Ambassador for Peace” from UPF-USA (2007, Human Rights Excellence Award from the Prime Minister of Pakistan (2009) and Sitara-e-Simaj (Social Star) from PSA Pakistan (2002).  Dr. Tabassum is the former Advisor to the Prime Minister of the Government of Azad Jammu and Kashmir for Human Rights.  His is an eminent peace, human rights, coexistence activist, and freelance journalist/columnist with more than 25 years of experience.  Mr. Tabaussum holds the office of Secretary General with the IHC.

Boutique Think Tanks, which often have a focused profile in the US, have an average budget between $7m – $16m.  The New American Foundation ($16M) has been innovative in their approach, in that they “pioneered the introduction of journalism to the traditional think tank mix of advocacy and research.”xi  Brookings generates an average of $90m and the Urban Institute ($64m).  This information is provided as guidance when budget planning.
The INSPAD IHC Budget will be funded 100% from Donor contributions and grant funding from Governments, private organizations, individual donors, and public and private non-governmental organizations (NGO’s). A presentation is being developed that will assist with presenting the IHC mission, vision and brand to potential donors.
The budget will be defined once projects are scoped. However, our target should be an initial endowment figure of no less than $25 million, and then consistent annual fundraising. A finance committee will be formed to develop an action plan to address this issue.
To be compliant with expected International Transparency Standards by donors and grant funding agents, the IHC budget and all reconciliations shall be made public on the IHC Website visible to anyone who is interested.
The website will have a dedicated tab to Finance and Budgeting. IHC will produce a Quarterly and Annual Report, in addition to the monthly, quarterly and yearly financial statements. For transparency purposes, all reports will be posted on the website for public viewing.
This Project Charter has been reviewed and agreed to by the following required Executives of the INSPAD Harmony Council on August 28, 2016.