Pakistan Dangerous or in Danger?

Pakistan Dangerous or in Danger?

Sardar Muhammad Tahir Tabassum (Brussels)
Much against the hyped propaganda by the government quarters that there was no need for an emergency in the country the President of Pakistan General Pervez Musharraf went against his words and imposed the dreaded emergency against all expectations, in his capacity as Chief of Army Staff under article 232 of the constitution. He abrogated the Constitution of 1973 and issued a Provisional Constitutional Order (PCO) in pursuit of his quest for power. In his address to the Nation on 3rd November 2007 he tried to justify his action by saying that Pakistan was at the brink of a very dangerous situation. It is facing an internal crisis and whatever is happening now has a direct link with the internal situation. He did not elaborate that the real motive behind his action was the removal of the Chief Justice of the Supreme Court Justice Iftikhar Muhammad Chaudhry as he held a grudge against him for refusing to step down earlier and staging a successful demonstration which had made him popular amongst the masses causing a sore in Musharraf’s eyes.

In the wake of this emergency the Pakistan authorities unleashed a crackdown on pro-democracy, political and human rights activists and lawyers. Over 5000 lawyers, journalists and political leaders including many opposition Members of the parliament Chaudhry Aitzaz Ahsan, Qazi Hussain ahmed, UN Special repporteur on freedom of religions and belief and Chairperson HRCP Ms Asma Jehangir, Members of Provincial assemblies, Bar councils, districts bars, office bearers of many political and religious parties have been detained since the proclamation of the PCO. Journalists continue to boycott official events and lawyers are staging countrywide protests against the so-called emergency.

Refusal of 76 Judges for not taking oath under the new PCO, speaks volumes of the undesired action and interference in the judiciary. All deposed judges have been placed under house arrest. However some judges have taken oath under the new PCO to oblige the President and his whimsical attitude towards Judiciary. Some new faces have been added to give a new look to the Judiciary with the result that new Supreme Court full bench reversed anti-Musharraf ruling. Judges picked by Musharraf to replace a mostly hostile Supreme Court bench began reversing the rulings by their predecessors. Justice Khalilur Rehman Ramday who refused to take oath under the new PCO said, “In a society where the judiciary doesn’t have a right to perform the duties independently and properly, a revolution is bound to happen sooner or later”.
Warring factions of lawyers have taken over the Courts and boycotts are being held everywhere all over the country. Police is targeting opposition lawyers and activists, day in and day out. Movement and dissention against Emergency and virtual Martial Law is rapidly spreading from big cities to all towns and other places. Influential opposition leaders Nawaz Sharif and Benazir Bhutto condemned this unwarranted step with Benazir Bhutto taking a cautious step by keeping a low profile in the condemnation. To a question she said “no or nor do I intend to meet Musharraf”. However she urged Musharraf to fulfill all his pledges and promises which he made with the nation. Former Premier and PML leader Nawaz Sharif said ‘No compromise would be made on Pakistani nation’s right to rule, supremacy of the constitution and the freedom of the judiciary. He said Musharraf’s extra-constitutional step has caused irreparable damage to the image of Pakistan. Across the world, the anti-Pakistan lobby is presenting Pakistan as a dangerous country.

General Musharraf said’’ that despite the imposition of a state of Emergency in the country, transition to full democracy would be completed soon. He said I made the decision of imposition of emergency in the country after consultation with army corps commanders and military leadership. Emergency would be lifted as soon as the situation in normalized. Musharraf told the foreign diplomats that emergency has been imposed in the country to deal with terrorism and extremism and we would also deal with internal crises that are becoming an impediment in our development. Pakistan would continue its war on terror and due to the situation in Swat and Tribal areas this step has taken. Rumors of my house arrest are a big joke’’

Pakistan authorities cut mobile phone links in the capital Islamabad on Tuesday as the Chief Justice Iftikhar Muhammad Chaudhry addressed a meeting of lawyers by telephone. He urged the lawyers to hold protests all over the country. He said the time for sacrifice had come and they must rally to stand up for the constitution. He expressed his apprehensions about Musharraf’s illegal and unconstitutional emergency and said that the ruling junta was afraid that the court would rule against them but people are aware that the Supreme Court has always upheld the constitution above all else and provided justice to the people. State of Emergency step has been widely condemned all over the world even the United Nations, Amnesty, Human rights Watch and other institutions also expressed a disliking for this bad precedence.

United Nations High Commissioner for Human Rights Mrs. Louis Arbour voiced alarm at the suspensions of fundamental rights in imposition of a state of emergency in Pakistan and called on the country’s authorities to clarify the status of the detained and ensure that no one is held for their political beliefs. A state of emergency should only be used to deal with a dire security threat to the nation, not to undermine the integrity and independence of the judiciary. She noted that under accepted rules of International law, fundamental rights, such as the right to life, the prohibitions on arbitrary detentions, torture and cruelty and inhuman and degrading treatment can not be suspended even in times of emergency. Geneva based Spokesperson Jose Diaz said that, “Pakistan should release hundreds of judges, lawyers and human rights activists detained illegally.’’

Indian Foreign Minister Mr. Pranab Mukerjee said that, he hoped for a restoration of democracy in Pakistans and for people to be able to elect a government of their choices. He said India is watching the situation.

American President George W. Bush exhorted Musharraf to hold election and relinquish his army post as soon as possible. Secretary of State Condoleezza Rice called Musharraf late on Monday night, she made clear to him that President Bush was deeply disappointed in the weekend move and wanted Musharraf to rescind his decision as well as hold election in January. Mr. Bush said that our hope is that he will restore democracy as quickly as possible. It’s hypothetical; I certainly hope he (Musharraf) does take my advice.

The European Union also have under strong pressure from Human rights organizations, Members of European Parliament and journalists associations urged to stop support for Musharraf following the imposition of emergency, EU high representative of Foreign affairs Dr. Solana said abandoning the path to democracy is not the answer. Threats of peace and security stability and development could only be achieved with democracy and the rule of law. The EU official said that free and fair election must be held on schedule and must be a restoration of civilian law rule respect for the independence of the judiciary and freedom of the media.

Many open and hidden forces are working against Pakistan. “Newsweek” produced a report that Pakistan is most dangerous country of the world. Greedy Politicians and Generals are the main cause for defaming Pakistan. General Musharraf is a frontline man in war on terror fighting a losing battle against all odds. But people are apprehensive of his actions saying he is doing all this on the behest of America and in fear of losing the lucrative American aid that he was receiving on behalf of rendering his services to the American cause. However, the political pundits say that Musharraf’s pro-American policies lead Pakistan to a blind alley/street, entangled in his own net now. He could learn from the mistakes of Nawaz Sharif and Benazir, but he seems oblivious of the fact and is trying to repeat the same mistakes. In the first place he suspended the Chief Justice SC and tried to strike a deal with him by coercing him to quit. However, when that did not work due to the agitation of the lawyers and pro-democracy activists, he withdrew the presidential reference and let him function as the Chief Justice. In the second place when he felt uneasy about the decision against his re-election as President, he took the illogical step of imposing emergency to cater to his whims about staying in power by using his Chief of Army Staff clout to the detriment of all democratic institutions and working on independent judiciary.

Every body knows that Pakistan is a very powerful, influential and important Islamic country of the world, providing highest number of peacekeeping people to the UN, with a very reliable and safe nuclear program since eleven years and performing a frontline role on the war against terrorism with America and their allied friends.

Pakistan has been rendered as a land of political mafia comprising of corrupt and greedy politicians and religious leaders. Culturally it has been reduced to shambles with no morals and publicly it has been dubbed as a cruel society. The Generals have forgotten their duty to protect the ideological frontiers of the country. Instead they indulge in politics and enjoy its lucrative perks. Every body vies to become a millionaire overnight with no commitments and responsibilities to fulfill, and no love for the country or its people. Pakistan never was or is dangerous. It is the Pakistani Politicians, Ullema and Bureaucracy who are dangerous like an epidemic disease. Please rid Pakistan of these dangerous diseases as they are destroying ideological, political and democratic institutions of Pakistan. The people of Pakistan have to know about these dangerous diseases and they must change with their power of votes.

(The author is a freelance writer, human rights activist and Executive Director of Brussels based Think tank Institute of Peace and Development (INSPAD). Can reach at 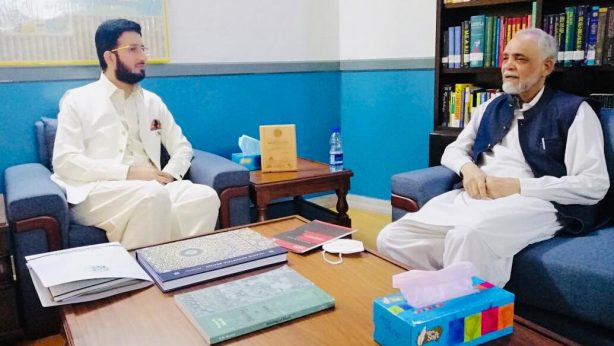 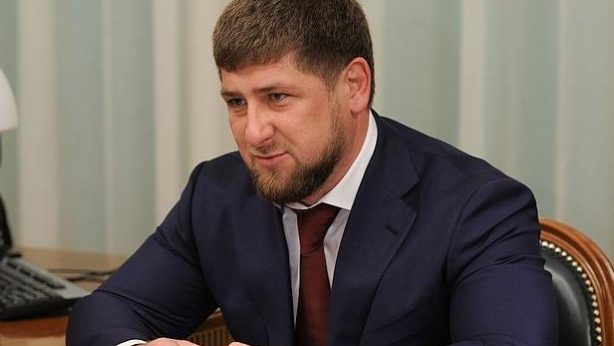 The head of the Chechen Republic, Ramzan Akhmatovich Kadyrov, was...